9D NLS system provides big virtual recognition models of human organs with an accuracy of 85-99%. It is the first time for the non-lined diagnostic system (NLS) that advanced information technologies in the field of active homeostasis control are being introduced into the market world. The research workers have made a breakthrough in the development of information preparations for the correction of the disturbed homeostasis balance within the body and the neutralization of environmental and infectious pathological agents. The machine has its own software included.

In the case of histology virtual organs, model accuracy amounts to 98% and in the case of cytological and genetic structures amounts to 98%. The device’s resonance compartment enables exploration of all kinds of chemical and biological products in order to make an analysis of character and their influence on actual patients. 9D NLS system with Metapathia 3 software can recognize in its infancy diseases such as precocity tumour, multiple sclerosis and others make their analysis and send information about their advancement. 9D NLS system is a revolutionary diagnostic system using the most modern components and software to create possibilities for doctors to recognize many illnesses in their infancy (e.g. infancy of tumours, multiple sclerosis etc.). 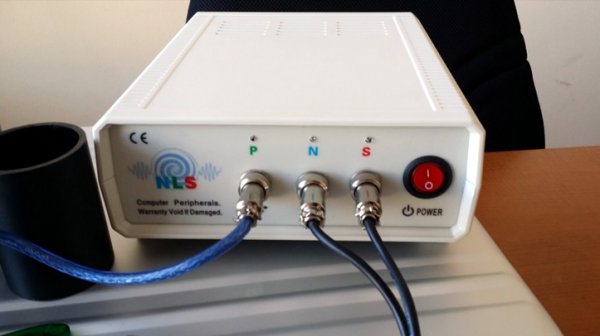 Differing from other methods of hardware diagnostics, "9D NLS System" can reveal early prenosological stages of pathological processes before pronouncing any clinical manifestation to appear, which hardly can be revealed by other methods of diagnostics such as ultrasound, comparison with computer tomography and NMR. The system is safe for the human body.